Anyone who’s ever designed an elearning course, corporate brochure or any form of graphic design, has at one time or another been asked to replace one or more images that could be perceived to be offensive or biased.

In corporate elearning, this can be particularly challenging since so much of our courseware calls for images of people engaged in interpersonal scenarios. Sometimes courses include disproportionate examples of a group (group = gender, ethnicity, class, etc) in one role or another.

Common examples of image bias in courseware can include:

Of course elearning scripts never direct media designers towards such bias. Media designers, in pursuit of the “perfect image” may not always keep track of which groups have been used in which ways. They simply look for what they feel is the best image available to depict a particular piece of content.

Here are 10 suggestions for ways to manage image neutrality in your elearning course designs.

This popular photo technique can be used for neutralizing your people photos and drawing focus into the on-screen text and content rather than on the people.

For variety, you can mask out any objects they’re holding for a combined illustration-photo effect.

This is another effect I’ve been playing with lately and it involves incorporating gaming design elements such as pixel-drawn people, objects and sounds into designs.

A unique contrast emerges when pixel art is juxtaposed with realistic objects and backgrounds. It gives the course design a modern and clean look while removing some emphasis on the people.

What do you think? Does it work?

Before you say, “He’s crazy, we can’t use cartoons in our corporate elearning” consider for a moment how professionally illustrated animals or non-human characters could be used as recurring “actors” in your courseware.

Somewhat on-topic example: My wife doesn’t enjoy going to Pixar-type movies. “I don’t like cartoons” she always says. But every time I’ve brought (read: dragged) her with me, she was totally engaged, laughed, cried and empathized with the main characters. She was drawn into the story because the characters and story were believable and compelling.

The same can be true for corporate cartoon characters/animals.

3. Hire or contract a 3D designer 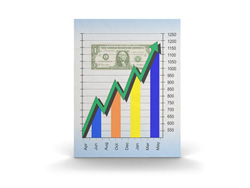 Expand your image/concept library by contracting a professional 3D artist to design object metaphors for your particular industry or business. This can be especially beneficial for industries such as healthcare or financial services where specific products and processes aren’t often found in royalty-free libraries.

When I started with my current company, I asked my team to provide a list of common terms and concepts frequently used in their courseware. We then worked with a 3D designer to create objects for each of the concepts. The library proved invaluable in developing our courses and we often relied on the custom objects more than our extensive image library for business-specific instances.

Great solution if you have the budget for it. 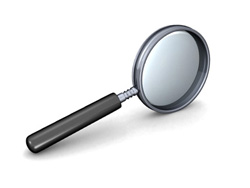 If you’re new to an organization or doing consulting work, ask to review their elearning courseware before you start your project.

This is a great way to understand established image use and standards in the organization. Also, ask if they have internally and vendor/externally developed courses and make note of any differences in styles and images used.

5. Define your cast early in your storyboard design 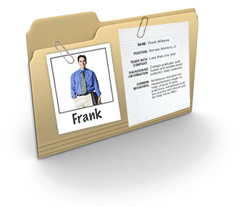 Consider including a cast sheet in your eleanring storyboard that includes all roles, characters and scenarios where you want people represented.

Try pulling all people images at the beginning of the project for review rather than having media designers pull images as they go along.

6. Hold a script read-through before sending to development

Time may not always permit for this but there’s nothing like bringing 4-5 people together for a couple hours and going through the script, slide by slide, to brainstorm concepts and visual metaphors for each slide.

Ask 5 people to describe how they’d visually communicate an idea and you’ll be amazed at the options you’ll have to work with. 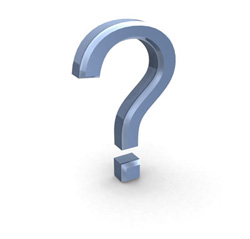 behavior, it only seems logical that courseware designs include photos of real people. “You can’t design a compliance course without people, can you?” Of course you can.

As my colleague Adam frequently reminds me, “Nobody’s been offended by lines, boxes and arrows.”

Challenge yourself and your team to consider how shapes, symbols, icons and other graphical metaphors could be used for representing data and instruction.

You could hold a team-building game of Pictionary for starters:-)

8. Allow your learners to select their own avatar or pedagogical agent

OK, this option requires a greater level of programming but it’s a powerful way to allow your learners to customize their own elearning experience.

Using JavaScript or Flash, you can randomly load images in your slides.

Sure there’s a little more upfront design and development work but this is definitely an option when you’re having challenges with photo agreement.

And of course our golden rule of design: Know your audience. By audience, I mean both your learner population as well as your course owners and stakeholders.

The challenge is these two groups are not always the same so it’s essential to understand both groups.